Matthew Burnett, in many ways, represents unshakable optimism. He’s ambitious, passionate and dedicated to building an extraordinary catalogue of music that is both soulful and enthralling no matter what genre. So perhaps it should come as no surprise that at just 21 years of age, he has co-produced music for some of the biggest musicians in the world like: Keri Hilson, Drake, Nas, Tyga & DJ Khaled, just to name a few.

Born in Ajax, Ontario, to Raymond and Wendy Burnett, he was raised in a loving Christian environment where he was often encouraged to explore his creativity as a child. His first association with melodies began when his mother took piano lessons while pregnant with him. Shortly after he turned 4 years old, he was also enrolled in lessons and immediately tapped into his potential. His music teacher quickly recognized his aptitude once realizing he could replay songs by ear and as time progressed, so did his technique.

Although High School brought forth many revolving challenges such as peer pressure and self-esteem, his love for music never changed. Participating in extracurricular activities and performing live concerts for crowds across the city allowed Burnett to hone his craft, and see the industry from a different perspective.

On a mission to evolve as a musician, 2007 brought forth a golden opportunity to further his career. At a basketball game held at Pickering High School, Jordan Evans, Burnett’s music partner, introduced him to Grammy Award-Winning producer Matthew Samuels, most commonly known as Boi-1da. This casual encounter was the beginning of a life-changing mentorship that would later result in several noteworthy collaborations. But success didn’t arrive without hardship. As Burnett continued to create numerous beats and define his sound, his live musical talents served as both a blessing and a curse. Burnett’s personal productions faltered due to his off-balance drum patterning and overall feel that did not reflect an industry sound. But with constructive criticism and coaching from Samuels, Burnett’s individual catalog begun to take shape and in 2008 he co-produced his first song on the radio titled ”Got You & Tomorrow” by Andreena Mills featuring Saukrates.

“I do not believe in chance. I, without a doubt, believe that my Lord and Saviour Jesus Christ orchestrated everything that happened to get me where I am now,” he declares.

With an entrepreneurial spirit and a deep rooted faith in God, Burnett is proof that anything you love is worth fighting for. New sounds, songs and artists influence his melodious creations, but above all, Samuels’ guidance is what fueled his passion and pushed him to reach greater heights. Burnett was signed to Boi-1da Productions in 2010, where he enhanced his body of work and collaborated with artists such as: Lil Wayne, 2 Chainz, Kelly Rowland, Keisha Cole, JoJo, Neyo and Bun B. A breakthrough moment came when Burnett co-produced Eminem’s “Not Afraid” record, the 16th song to ever debut #1 on the billboard charts and also a part of the first album ever to sell 1 billion digital copies. This shining accomplishment awarded Burnett a Grammy nomination for “Best Rap Song” in 2011 and solidified his place in music history.

“Only God knows where my career is headed. I hope it only gets better from here,” he states. “I would love to continue working with great artists to really showcase who Matthew Burnett is as a producer.”

As Burnett prepares for his future, his primary goal is to complete his Bachelors of Music degree, at Humber College, that he originally started back in 2009. Although contractually, his partnership with Evans and Samuels will come to an end in March 2013, their friendship and working relationship will continue indefinitely. Both his passion for music and love for God will enable him to take confident leaps of faith moving forward. Burnett will press on diversifying his portfolio and the next positive steps include fine-tuning his music and developing independent artists. In order to take his career to the next level, Burnett will continue to attack his dreams with his whole heart. 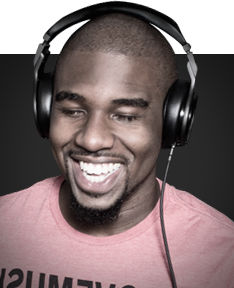